Our first true mountain stage took us back through the Néouvielle massif on the way to the spa town and perennial favorite of the Tour, Bagnères-de-Luchon. Before we hit the climbs today, though, we passed through the town of Lourdes, home to the Sanctuary of Our Lady of Lourdes and the holy water which flows there. 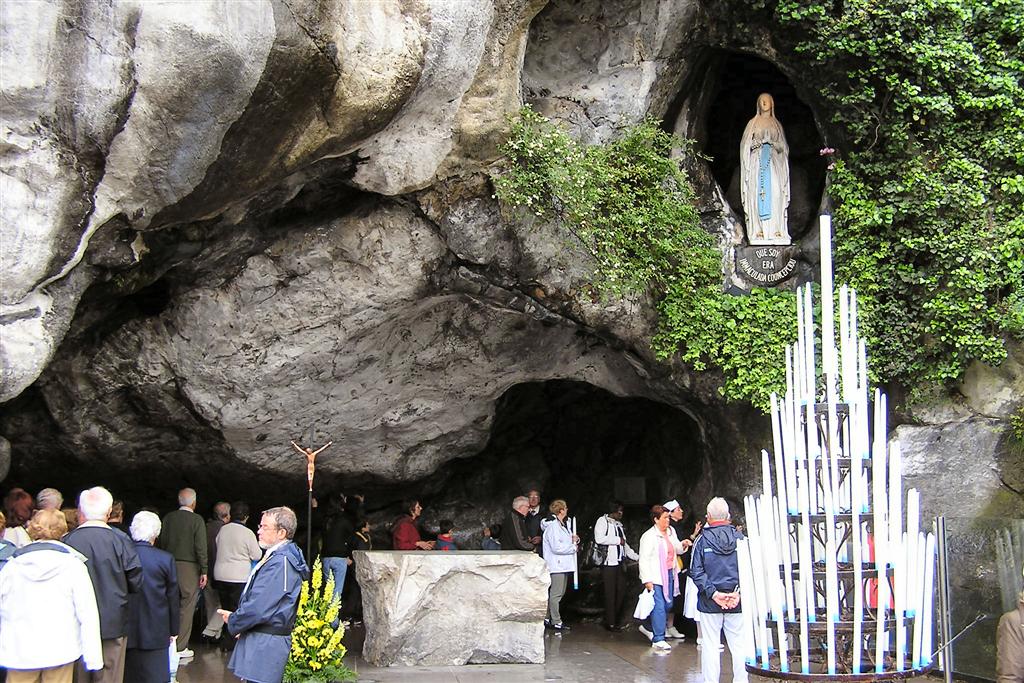 The water of the spring emerges from the limestone rock of the Massabielle before flowing quickly into the Gave de Pau river (named after the start point of today’s stage) next to the shrine. It is now collected into baths before it flows directly into the river. Some of the water is also collected and bottled for distribution around the world. Indeed, it appears that one can even find Lourdes water just down the street from me in Kenmore Square.

The shrine and story of Saint Bernadette appear in the literary works of both Émile Zola, who was not sold on the shrine, and Franz Werfel, whose The Song of Bernadette is more believing.

At the conclusion of today’s stage in Luchon, we see why Chris Froome is, once again, the strongest and smartest rider in the peloton these days. What an attack on the descent of the Peyresourde!

2 thoughts on “Stage 8: Pau to Bagnères-de-Luchon”