We entered the watershed of the Rhône today, and we’ll be in it for the rest of the race until the final day, when we meet the Seine in Paris. All the water we see until then will flow into the Mediterranean by way of the Camargue. 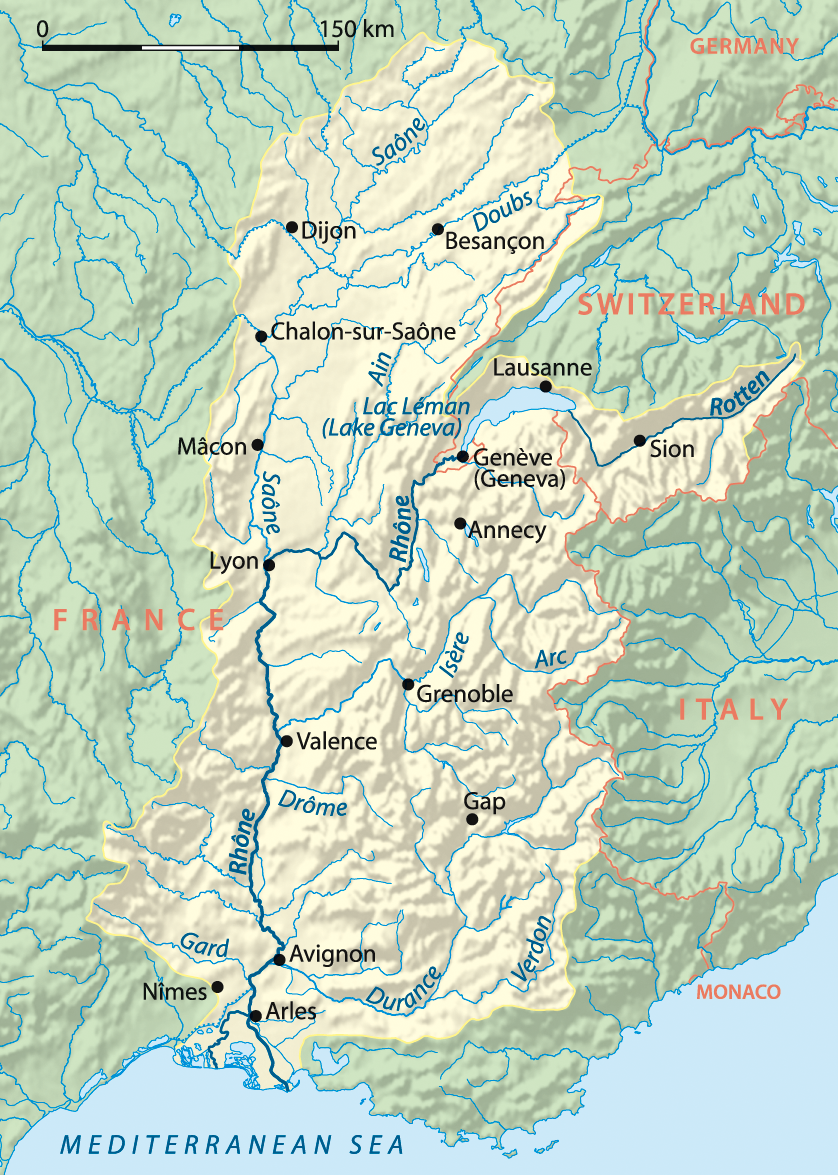 With the damming of the Nile, the Rhône has become the major source of freshwater and sediment to the Mediterranean Sea (Sempéré et al. 2000). By the time it gets there, it has picked up a lot of carbon and nitrogen from its watershed. Why then, does the Gulf of Lion — the part of the Mediterranean Sea off the Languedocian coast — not have a hypoxic zone?

Hypoxic zones form when microorganisms in the ocean are stimulated to produce by high nutrient inputs to the coast. Phytoplankton take up these nutrients and use them to grow, storing oxygen by photosynthesis. When they die, however, they sink and are decomposed by bacteria, consuming oxygen from the water column. With enough phytoplankton, a bloom, this process can eat up all the oxygen in a fairly enclosed basin of water. The “dead zone” at the mouth of the Mississippi River is probably the most famous of these.

So why doesn’t the Rhône have a dead zone at its mouth? The water that comes out of the Rhône doesn’t stay in the Gulf of Lion for long, just about 6 days, compared to around 95 days for the Mississippi River mouth (Rabouille et al. 2008). The strong winds in the region, which we’ve seen to the detriment of the riders (and the benefit of Sagan and Froome yesterday), also blow the water around the Gulf of Lion, churning up what would otherwise be a well-stratified water column. Oxygen-rich water can be transported down to the bottom, and a hypoxic zone does not form.

What a finish today! I never thought I would see Chris Froome, several-time champion of the Tour de France, try to run up the Mont Ventoux. Let’s just hope that the silly but frustrating finish of today’s stage doesn’t cast a shadow on the rest of our stay in the Rhône basin.