A somber mood hung over the individual time trial today because of the terrible happenings in Nice the previous night. But we were provided with some cheering views of the Gorges de l’Ardèche today. 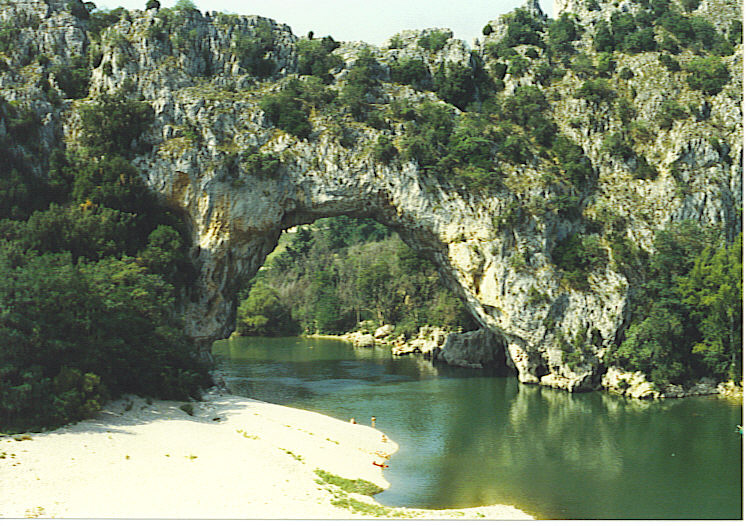 Around thirty kilometers of the Ardèche near its confluence with the Rhône are incised into carbonate rocks. The resulting landscape is a spectacular karst valley with the natural bridge called the Pont d’Arc one of the most famous views of the region, visible behind the last time check on the time trial course today.

The water also carves dramatic caves into the hills, most importantly the Chauvet Cave, Werner Herzog’s Cave of Forgotten Dreams, and home to the earliest known cave paintings. 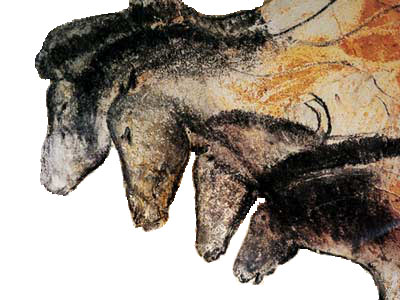 Another consequence of the lithology of the Ardèche catchment, carbonate towards the mouth and bedrock igneous towards the head, means that flows in the river can be flashy, resulting in severe floods. Hydrologists have discovered that long historical records from the region can help them reconstruct and estimate this flood risk (Naulet et al. 2001).

Tom Dumoulin powered through to an impressive time trial victory today while the GC was shaken by the great times of Chris Froome and Bauke Mollema to the Caverne du Pont d’Arc, a replica of the Chauvet Cave.