The last real stage for the sprinters until Paris takes us to the Parc des Oiseaux, a bird sanctuary situated in the Dombes, a glacial plateau between the Saône and Ain rivers with hundreds of artificial fish ponds. 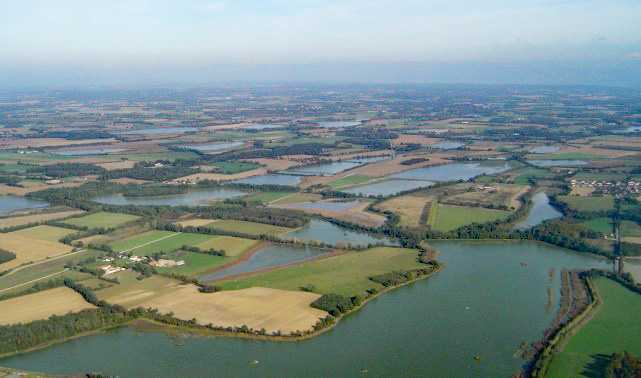 These ponds were first constructed in the late Middle Ages by Benedictine monks who wanted to ensure an adequate supply of carp to eat during Lent and expanded by landlords eager to cash in on the potential for carp farming. The farmers in the region drain the ponds every few years and grow cereal crops on the fertile bottom sediments (Williams 1987, Wezel et al. 2013). A dynamic set of property rights emerged to mediate between the different landowners who would end up sharing a single pond during the flooded “evolage” period (Williams 1987).

Dimension Data pulls off win number 5 with yet another powerful outing by Mark Cavendish in the Parc des Oiseaux. A hilly stage tomorrow before we get into the mountains and the final week of racing through the Alps.