Last time we came up to La Planche des Belles Filles, Fabio Aru won atop the mountain after passing through the Plateau des Mille Étangs. This year, we approached the mountain from the east, starting at Mulhouse, upstream from Colmar along the Ill in the Rhine Valley, so we only skirted the southern edge of the Mille Étangs. We did catch some glimpses of a few tiny lakes and reservoirs tucked away in the little valleys, such as the lac de la Lauch on the way up the Grand Ballon and the lac d’Alfeld and its smaller sibling, the lac de Sewen up to the Ballon d’Alsace.

The Lauch is the same river that runs through Colmar’s Little Venice, but before it gets there, it runs out of the Vosges Mountains through a valley called the Florival. Industrialists in the valley decided that they needed to supplement the water supply coming from the lac du Ballon, which lies just beneath the summit of the Grand Ballon, so they financed surveys for a new dam out of their own pockets. Construction on that dam began in 1889 and was finished by 1894, impounding eleven hectares to form the lac de la Lauch 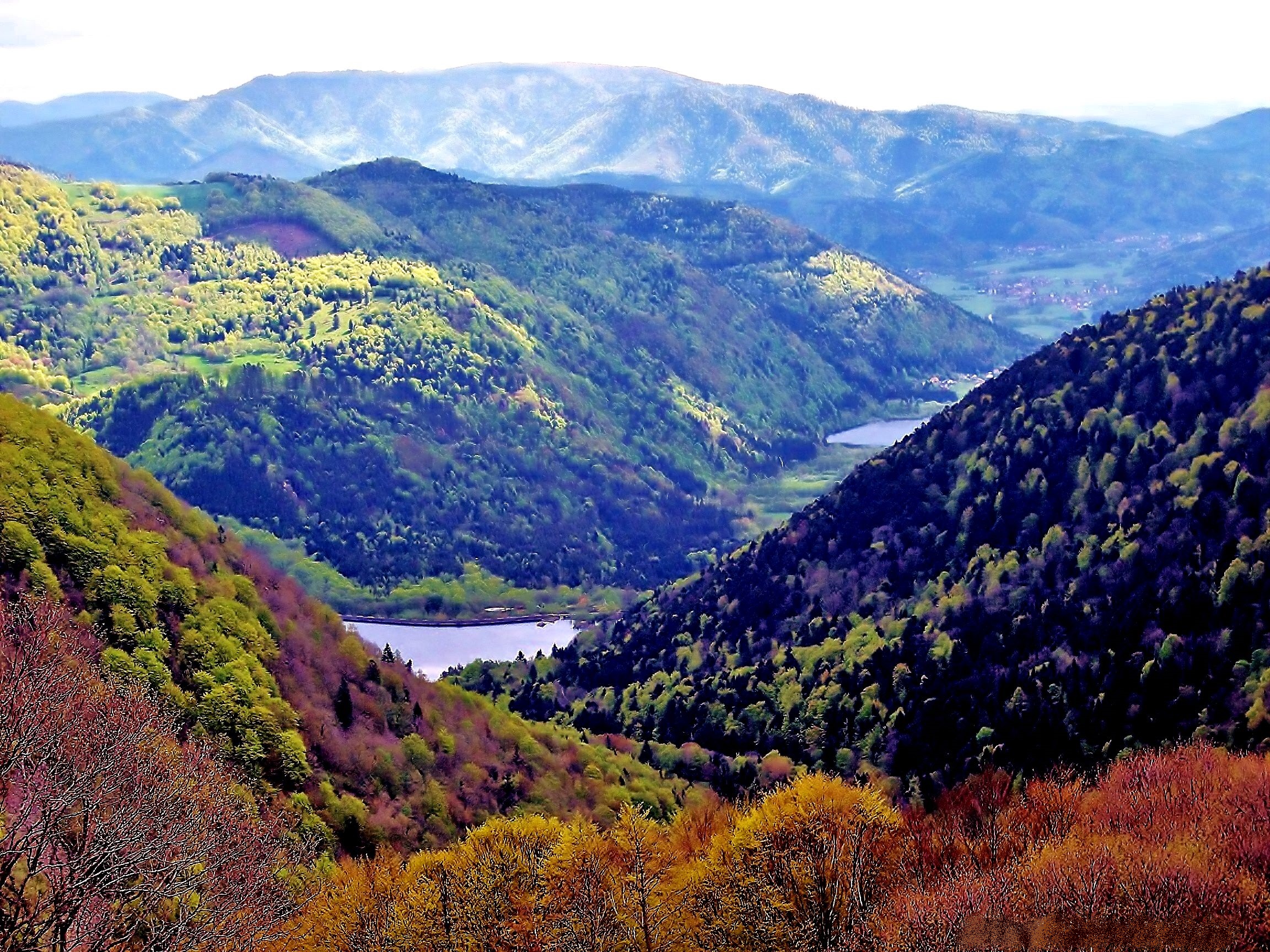 The lacs d’Alfeld and Sewen sit on the Seebach, a tributary of the Doller two valleys southwest from the Lauch. The Germans built the dam at Alfeld around the same time at the one on the Lauch. The lac de Sewen, however, is a natural glacial lake and is surrounded by peatlands that are slowly encroaching on the lake, shrinking it from around thirty hectares to just six today.