The peloton crossed over the Gardon River several times today on their loop out and back to Nîmes. On the first of these crossings, they made their way across the Pont du Gard, the tallest Roman aqueduct bridge.

The Roman colony of Nemausus did not grow up around a major river, so as it became a regional capital, it needed more water. It was decided that the best nearby source was a spring in Uzès, some 20 kilometers away. Fortunately the Romans were pros at building aqueducts. There was just one problem: the Gardon River. The river sits in a gorge that would need to be spanned to get the spring water to the city, and the needed bridge would have to be massive. 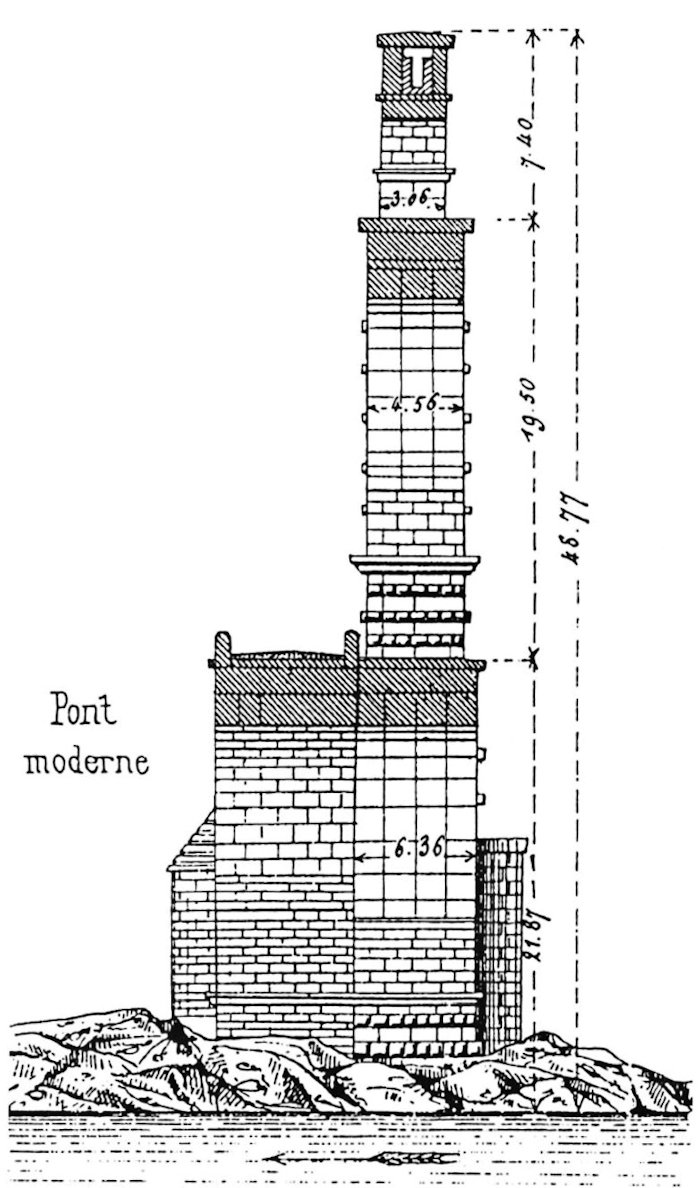 A cross section of the Pont du Gard drawn in 1875 by Alfred Léger. The “pont moderne” is the modern road bridge that was constructed alongside the Pont du Gard in the 18th century. (source)

The Pont du Gard consists of three levels of arches and reaches a height of 49 meters above the low water mark on the river. It weighs around 50,000 tons, solid limestone quarried from a site downstream. The water conduit is carried by the top level and transported around 8 million gallons of water every day to the city.